Tailgate on the Rail: Your Guide to Game-Day Tailgating

Painted faces, foam fingers and 75,412 people can only mean one thing: it’s football season. Fall Sundays are spent watching the Carolina Panthers. Game day also means the return of the age-old Southern tradition that influences fashion, music, food and drinks – it’s tailgate season. Any fan knows that coordinating a tailgate can be challenging. We’ve all dealt with the struggle to find the best parking spot, splitting up food duty and everyone has a friend who seems to always “forget” their cooler. Avoid that headache and head to South End.

With the extension of the Blue Line Light Rail, it’s now easier than ever to spend your Sunday morning tailgating in South End before making your way to Bank of America Stadium for game time. Use this as a stop-by-stop guide to tailgating in South End – all of the fun and none of the planning. Pro tip: you can get a one-day light rail pass for only $6.60.

Whether you’re among those in the stands or hanging out on your favorite brewery patio to catch the game, here is your guide to tailgating down the rail. 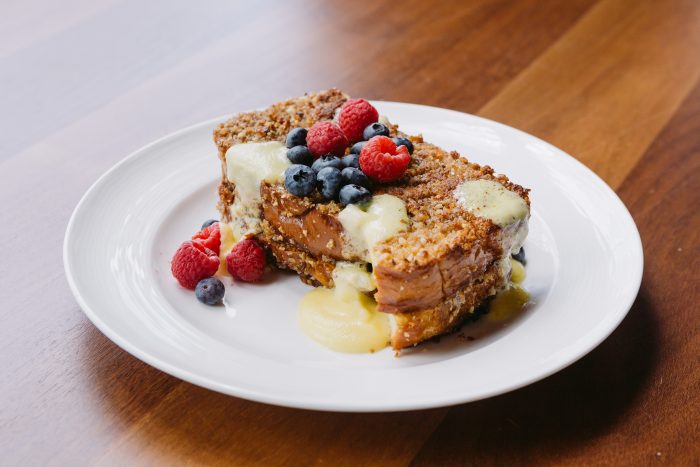 Enjoy pre-game brunch at Suffolk Punch while tasting local beers on special for $3, including 20 different Hyde Brewing beers. With a menu that is constantly rotating and options for those with dietary restrictions, you’re sure to have new options on game day. If you’re not headed into the game, don’t sweat it, Suffolk Punch has 11 TVs as well as a huge projection screen showing the Panthers game.

Pro tip: Try out the coffee bar and the pecan french toast with brioche, berries and bourbon.

Now that you’re fueled up for your tailgating adventure, it’s time to head back to the light rail and continue Sunday funday. 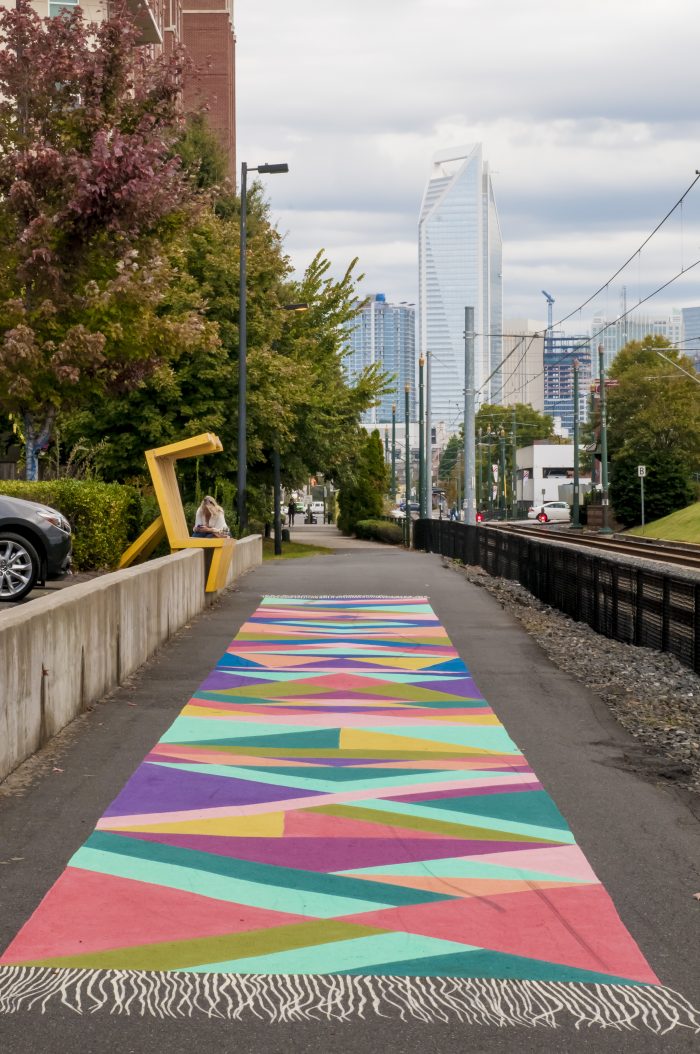 Just a short walk from the East/West Blvd. Station is Sycamore Brewing, where you can get a taste of pumpkin pie and crisp autumn days with their Gourd Have Mercy Pumpkin Amber. If pumpkin’s not your go-to for tailgating, Sycamore has a wide variety unique beers to choose from. If you’re still hungry, head over to one of the food trucks in the parking lot and grab a bite to eat.

Pro tip: Snag the perfect game-day photo on the Magic Carpet Mural and tag @SouthEndCLT for a chance to be featured on Instagram.

Make your way back toward the East/West Blvd. Station and head to 704 Shop where you can get all of your last-minute game-day gear. 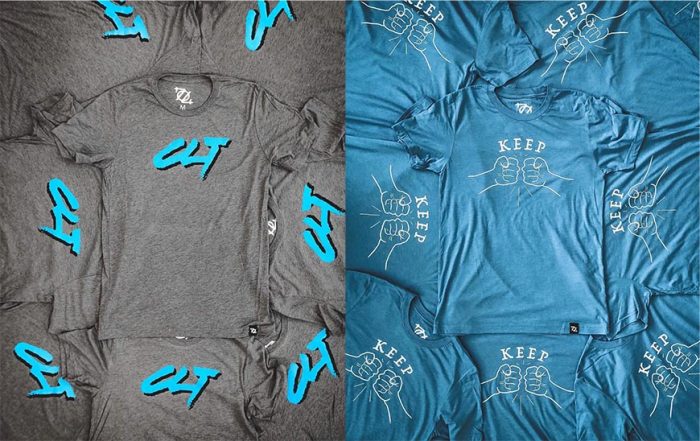 From tee shirts to socks, get your game-day gear a short walk from the light rail station: 704 Shop has you covered.

Pro Tip: With seven shirts being released this Friday at 704 Shop, be one of the first to sport new Panthers gear to the game.

Once you’ve picked up some last-minute necessities for the big game, take a stroll along the Rail Trail to the next few stops that are just a stone’s throw away from each other. 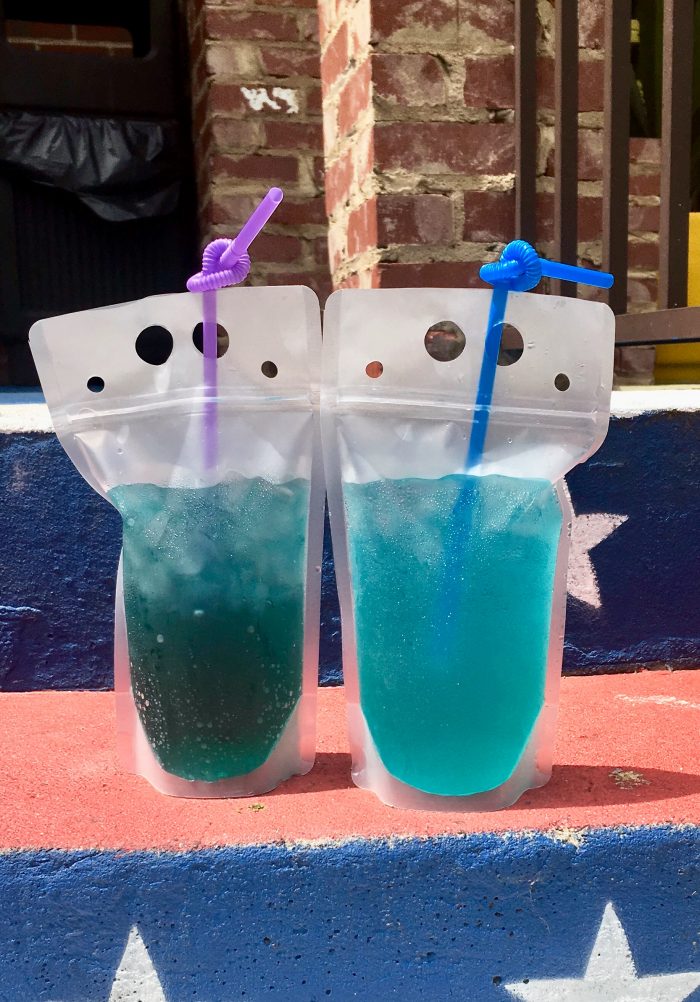 This trio of restaurants, known as South End Station CLT, will have an expanded patio along the light rail where you can expect satellite bars, food stations and drink specials including $5 tall boys, $7 purr pouches, $2 mimosas, and $4 bloody marys. With a combined 81 TVs and 3 projectors, you’ll have a view of the game from just about anywhere. Whether you’re challenging a friend to pop-a-shot or stopping by the Papi Queso Truck, this group of eateries at Bland Street Station is a great way to gear up for football.

Pro tip: try out the insta-famous La Croix Becky’s Bucket or the Purr Pouches at Slate, then jump back on the train for one more stop to Carson Station. (Or stroll along the Rail Trail—it’s a short walk!) 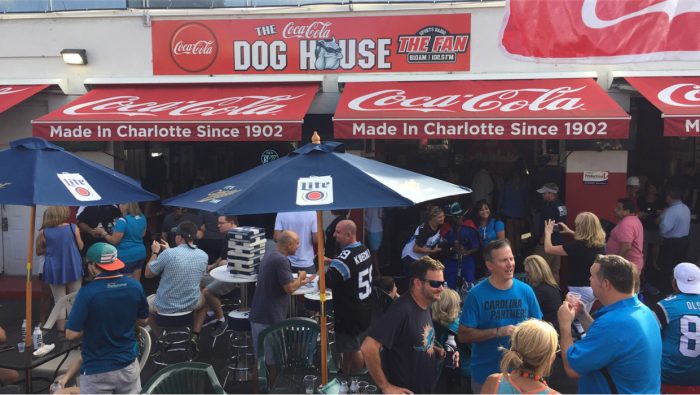 After hopping off at Carson Station, take a short walk to the Coca-Cola Doghouse, which should be a part of your Sunday football routine, regardless of whether you’re going to the game. Hangout on the back deck where you can listen to a live DJ, challenge your game-day buddy to cornhole or Jenga, and try out hotdogs and bbq from the JJ Red Hot’s and Sauceman’s food trucks all while catching the pre-game show from one of their fifteen TVs.

Pro-tip: request your favorite pre-game pump-up song from the D; you just might hear it before heading in!

And just like that, it’s game time. You’re ready to head into Bank of America Stadium to cheer the Carolina Panthers on to victory.