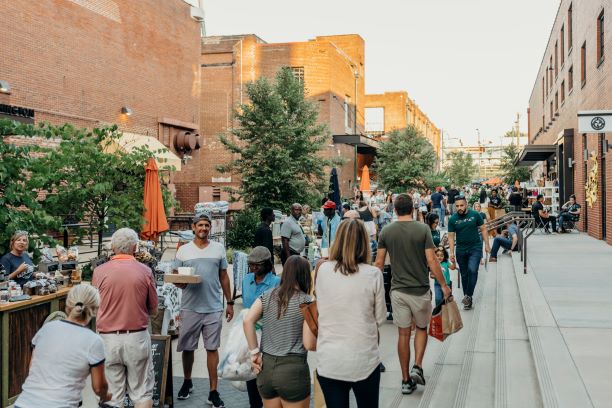 In a brick-covered alley, laden with string lights and charm, a night market pops up as part of First Friday in South End. It’s Nebel’s Alley Night Market, and there’s nothing quite like it in Charlotte. But how did it start?

The market is a collaboration between the South End program of Charlotte Center City Partners and Esther & Elsa, the retail programming firm that also brings to life South End’s Front Porch Sundays, Art & Soul and Small Business Saturday. When Megan Gude, director of South End for Charlotte Center City Partners, approached Esther & Elsa owner Jordan Dollard asking if the company would pioneer a night market in South End, the answer was, “Of course!”

Now, about one year later, the Market brings 500-700 people to stroll the back alleys of the Design Center on South End’s First Friday, The interior alley of the former textile mill is so atmospheric it doesn’t take much else to make it sparkle: live jazz, 35 curated pop-up shops, and a few activities like caricature art and live drawing or plant design depending on the season.

Dollard also credits property owner Asana Partners and property manager JLL, for the seamless operation of the Design Center and saying “yes” to the pilot series of the night market. And of course, the creative entrepreneurs and artisans who come out with unique goods to create the pop-up market.

Vendors at past markets include: 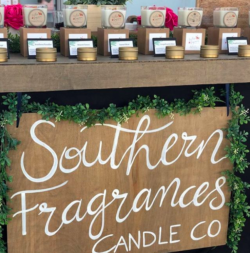 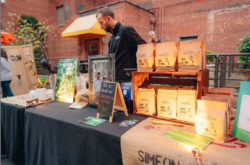 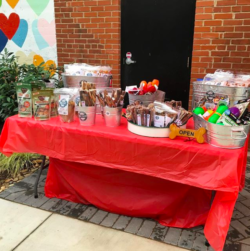 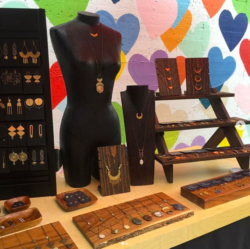 Esther & Elsa, the company comprised of a rather small team, are the behind-the-scenes force that make this market happen, and you will see their efforts scale even greater for South End Small Business Saturday on November 28. Save the date to kick off the holiday shopping season with fanfare and festivity.