***Please keep in mind the precautions that these breweries and restaurants have in place to help keep you safe. Capacity limits, masks, and social distancing are in force. Please be mindful of everyone's safety, including your own.***

Craft beer is in South End’s DNA, and our brewery culture is thriving. Each brewery’s unique story is an inspiring example of the adventurous and entrepreneurial spirit of the neighborhood. If you’re big on quality craft beer, want to support local and are ready for a tasty adventure, hop to it and start exploring South End’s brewery scene. It's as easy as 1-2-3:

Sycamore Brewing - Since opening in 2013, Sycamore Brewing has been one of South End’s top beer destinations to see and be seen. Located on the Rail Trail, the popular taproom and spacious beer garden brings people together over delicious, high-quality and easy-to-enjoy beer crafted to perfection by husband-and-wife owners Justin and Sarah Brigham and their team. From Sycamore’s creative flavors and colorful can designs to its vibrant and welcoming atmosphere, it’s the go-to brewery for socialites who thrive in a buzzing atmosphere as well as beer drinkers who appreciate a hoppy, fruit-forward IPA (the Mountain Candy IPA is a fan favorite). The Sycamore team also produces craft cider and hard seltzer. 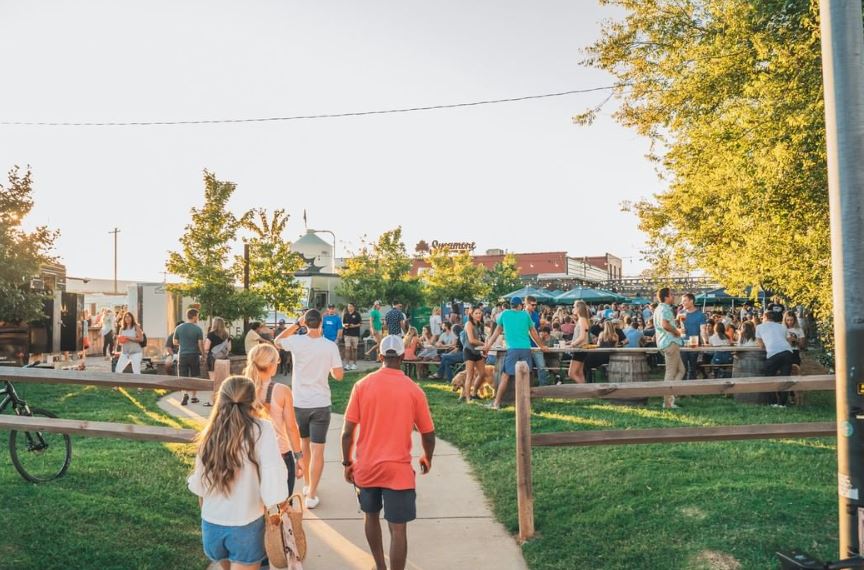 Triple C Brewing Co. - One of South End’s first breweries, Triple C opened in 2012 with the mission of perfecting its craft, giving back to the community and committing to the environment (the three c’s). Featuring original brick walls and rustic wooden decor, the taproom has a cozy and inviting vibe. For a laid-back, no pressure environment with award-winning beers on tap (like the Baby Maker Double IPA and 3C West Coast IPA), Triple C is the place to go. The brewery also has an outdoor patio with picnic tables, an on-site pizza trailer and a 4,400-square-foot event space. 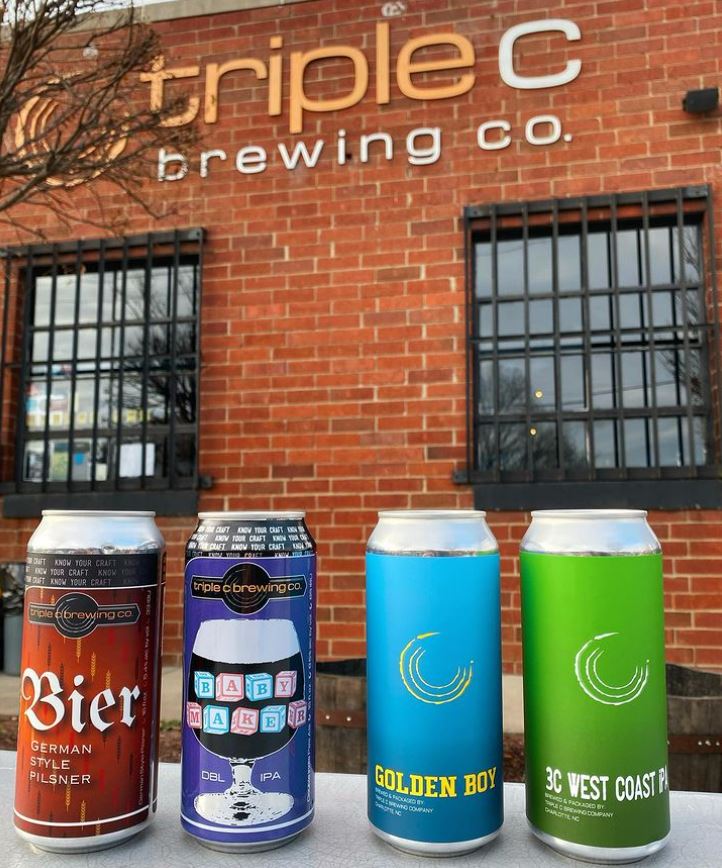 Suffolk Punch Brewing - Suffolk Punch Brewing is housed within The Suffolk Punch, a brewery/taphouse, restaurant and coffee bar in one. Much like the entire concept itself, the brewery is innovative and experimental in its style and craft while still honoring tradition. Located directly on the Rail Trail near the New Bern Station, the unique space features both a refined yet rustic indoor area (think greenery everywhere) and an expansive patio and outdoor bar. From lagers and IPAs to stouts and sours, you won’t regret having a taste—better yet, get a flight to try them all. 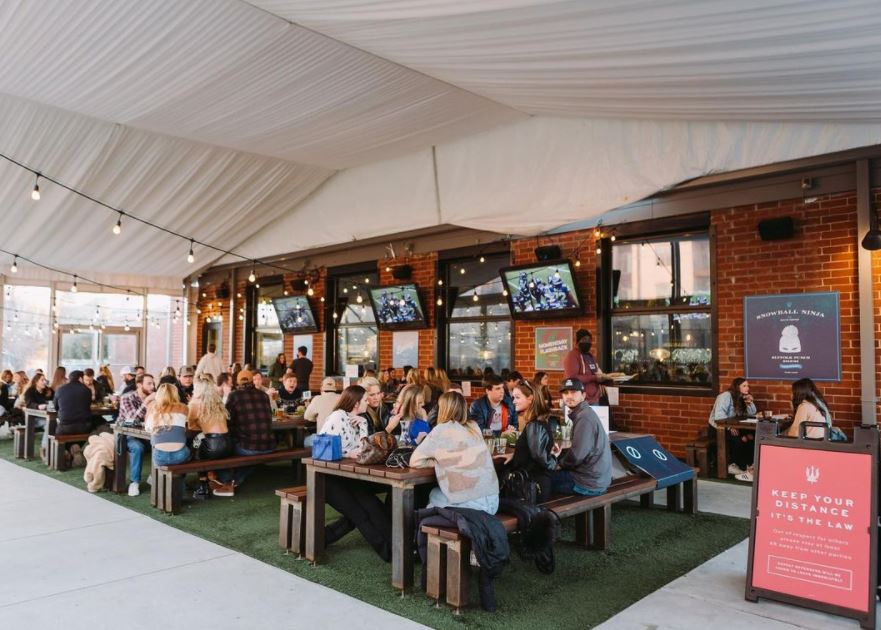 Wooden Robot Brewery - Like the name, the brewery is inspired by tradition (wooden) and innovation (robot) in its production process and atmosphere (think clean lines with wood and brick elements plus an outdoor patio). Dan Wade and Josh Patton, best friends since middle school, dubbed the brewery’s style as urban farmhouse brewing. They are committed to using local, artisanal ingredients whenever possible while still adding an inventive twist to their creations. Don’t miss some of the best sellers like the Good Morning Vietnam coffee vanilla blonde ale and the What He’s Having IPA. 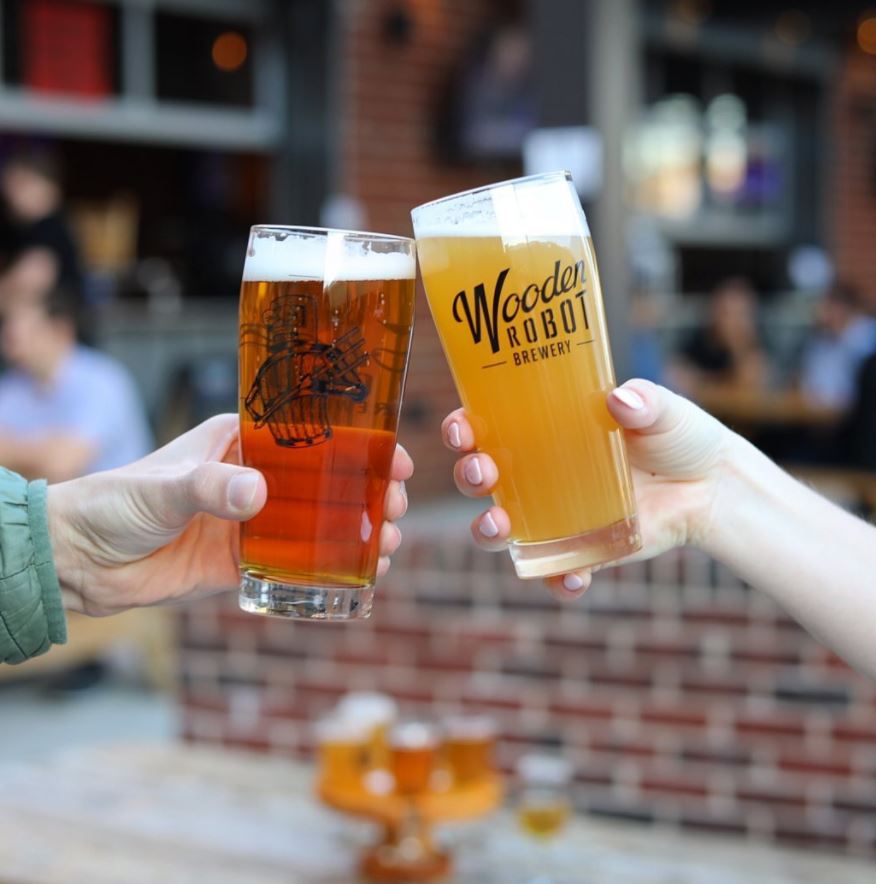 Salty Parrot Brewing Company - If you’ve been craving a tropical getaway, head to the Gold District in South End to the oasis at the Salty Parrot. With fun, colorful decor, like parrots, palm trees and surfboards, you’ll feel like you’re at a brewery on the beach when you walk in. The brainchild of former D9 Brewing co-founder Aaron Burton, Salty Parrot lives by the motto “Make Waves. Live Salty.” Core offerings like the Longbill IPA and Beach Street Wheat go with the tropical theme of the brewery, but you’ll also find many other creative concoctions from the team. 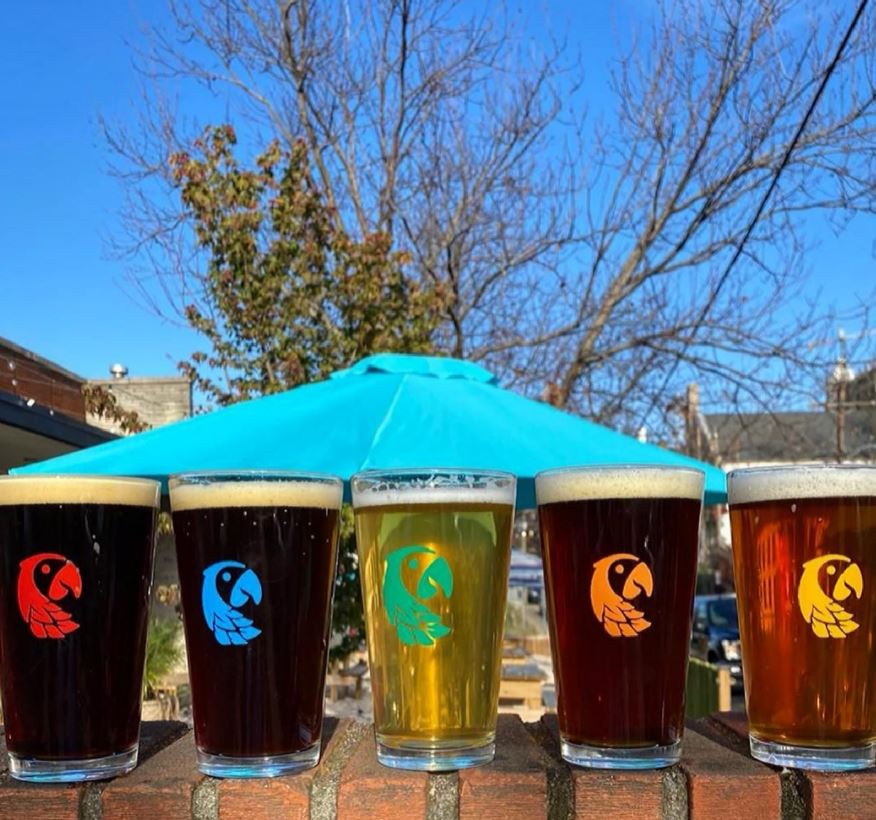 The Unknown Brewing Co. - Also in the Gold District close to Bank of America Stadium, Unknown Brewing opened in 2013 with some hype: remember those vans driving around town with question marks that had everyone talking? Husband-wife team Brad and Lisa Shell challenge the Charlotte community to “step into the unknown,” “live without boundaries” and “try anything, question everything,” just like they did when they launched their dream concept. At Unknown Brewing, they like to get weird, take risks and always try something new (they’ve even put scorpions and catnip into their beer before). If you’re feeling adventurous, stop in Unknown for a pint of the Over The Edge IPA or the Pre-Game session ale or join the Fearless Society to be the first to know about upcoming events, beer releases and more. 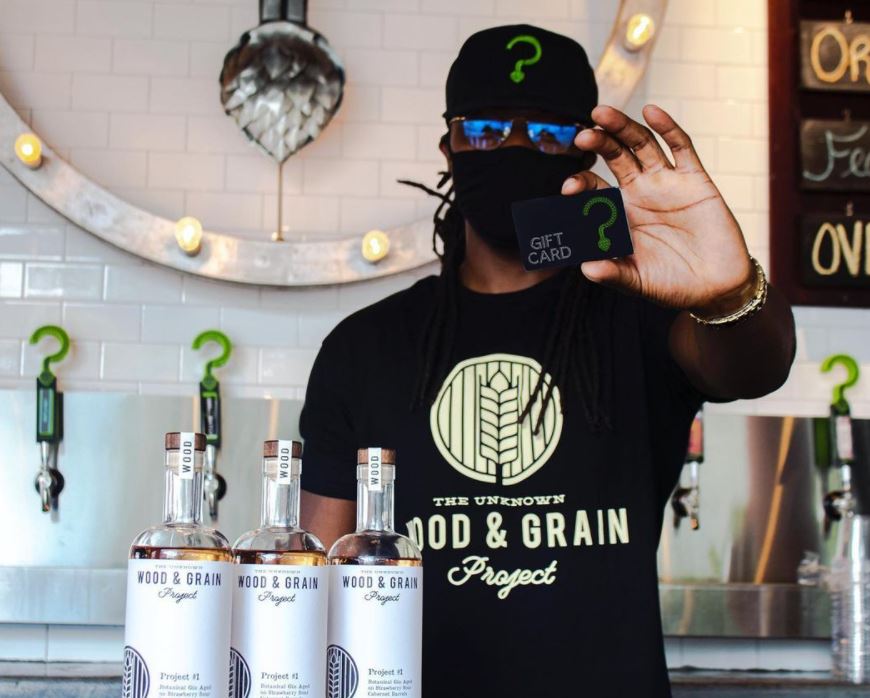 South End is overflowing with craft beer. While these other beer-centric businesses may not produce their own, they carry hundreds of beers from the region and across the country: Bulldog Beer & Wine, Charlotte Beer Garden, Craft Tasting Room & Growler Shop, Hoppin’, QC Pourhouse, and Pop The Top.

Which South End brewery is your go-to? Share pictures of your South End beer adventures with us at @SouthEndCLT with the hashtag #SouthEndCLT.